Exosomes are extracellular vesicles (particles of about 100 nanometers) that have a lipid double-membrane structure that plays an important role in maintaining life, secreted by abnormal cells, including fibroblasts, endothelial cells, and blood cells, as well as cancer cells. 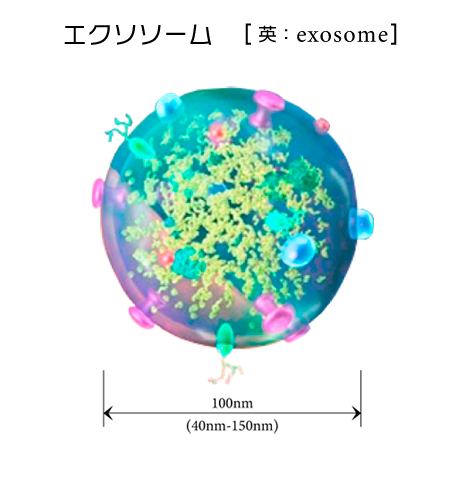 When it was first discovered in 1983, exosomes were thought of as "garbage bags" that release waste products out of the cells.

However, with the remarkable progress made in the last decade triggered by a study report of the inclusion of miRNA (microRNA) in the exosomes in 2007, it is said that it will "fundamentally change the treatment of all diseases". It also has become the subject of much attention by researchers around the world.

In fact, when the role of exosomes is elucidated one after another, it may affect the onset / exacerbation mechanism of various diseases including cancer, Alzheimer's disease, neurodegenerative diseases, and lifestyle-related diseases such as diabetes. The value of exosomes is now beginning to expand into diagnostic and therapeutic applications.

Communication between cells and organs

Until now in medical common sense, it has been thought that the brain is the control of the human body, and all other organs are in accordance with it.
However, exosome research has made it necessary to reconsider the fundamentals of the human body.

It has been shown that cells communicate directly with each other via exosomes (good exosomes) and move each organ properly in order for the body to function normally and maintain a healthy state.

On the other hand, it has been found that exosomes are also abused (bad exosomes) for cancer cell metastasis.

①Cancer cells use exosomes (bad exosomes) to pull blood vessels out of the surrounding area because blood vessels are hard to reach the center when the tissue increases in size.

This angiogenesis is one of the behaviors that cancer tissues always show.

②After angiogenesis, cancer cells detached from the primary lesion enter large blood vessels through the drawn capillaries and move to other organs.
At this time, cancer cells use exosomes to evade immune function by sending a message to immune cells saying that they are not enemies.

In other words, cancer cells first released exosomes into the tissues they metastasized to create an environment in which cancer cells could easily settle in advance, and then guide cancer cells that come later to obtain a new activity base.

The discovery of the mechanisms of cancer cell metastasis using this exosome is expected to be a tremendous breakthrough in future cancer research. 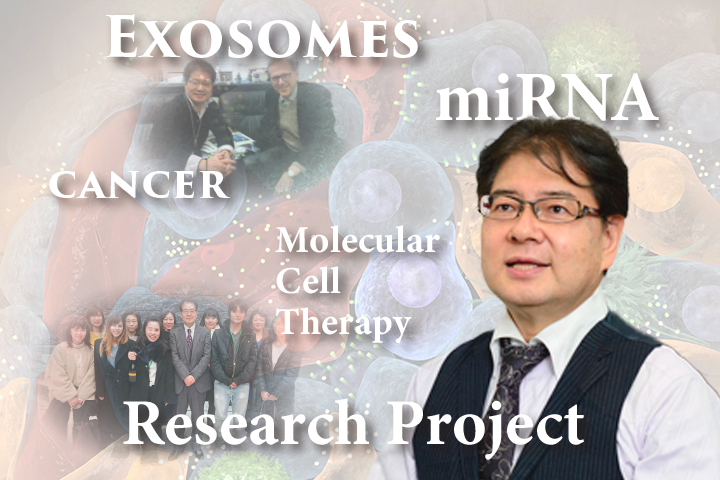 Currently, Professor Ochiya is at the forefront of exosome research and leads the world. He is a project leader at the Division of Molecular and Cellular Medicine, National Cancer Center Research Institute and is working on novel diagnostic and therapeutic methods for various diseases including cancer.
By constantly challenging the development of new fields based on experiences accumulated in areas such as nucleic acid pharmaceuticals, bioimaging, stem cells, regenerative medicine, cell engineering, and molecular oncology, we have advanced nucleic acid pharmaceuticals to physician-initiated clinical trials and developed the practical development of microRNA preclinical studies and body fluid diagnostics so far.

In fact, the elucidation of the mechanisms of cancer metastasis by microRNAs encapsulated in exosomes secreted by cancer cells has produced a "cancer diagnosis" that has a high level of sensitivity and specificity in a different dimension from conventional "cancer diagnosis" and allows ultra-early detection.
Furthermore, since the role of exosomes has been elucidated in various diseases other than cancer, the development of new therapeutic methods targeting exosomes is drawing attention from all over the world as the latest research area.

The Role of Telomeres

Telomeres are repetitive sequences “(5'-TTAGGG-3') n” that form at the ends of DNA to protect the gene (genetic information) that is our blueprint. 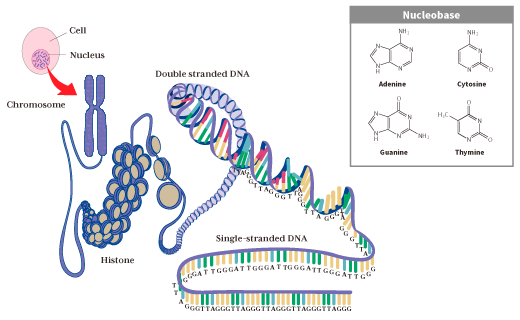 We humans are living organisms that are composed by repeating division and differentiation based on the genetic information of only one fertilized egg. In all cells (37.2 trillion), the gene inherited from the fertilized egg is inserted into the DNA that makes up the chromosome and is stored in the cell nucleus. 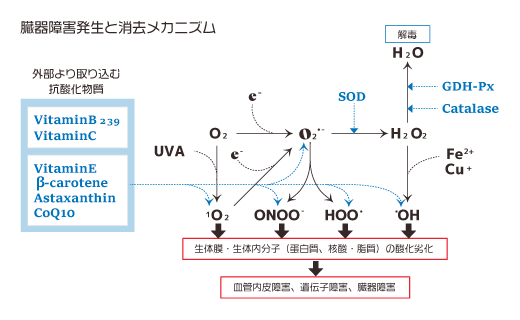 Living an unhealthy lifestyle, such as obesity, smoking, lack of exercise, and mental stress causes free radicals and inflammation, which accelerates and shortens telomeres.
Recent studies have shown that in oxidative stress conditions where the balance between oxidative and antioxidant responses is disrupted due to environmental factors (such as environmental chemicals and UVA) and inflammation, excessively generated reactive oxygen species and peroxides can severely damage the G sequence of telomeres.

When the telomere length of human cells is calculated from the end replication problem, the theoretical maximum age of humans is considered to be 125 years. Historically, only one person has lived over the age of 120. In other words, no matter how healthy you eat or how much exercise you do, you cannot stop the basal level of telomere shortening.

This is because the average life expectancy for both men and women in Japan is 83.7 years, which indicates that not everyone lives to the highest age, but the speed of telomere shortening varies depending on each person's lifestyle.

Whether it is the basal level shortening or accelerated shortening, if the telomere length becomes extremely short, our health will deteriorate rapidly as it falls off a cliff, resulting in multiple age-related diseases.

In the case of bedsores (pressure ulcers) seems to be caused by aging, which is a symptom caused by friction between the skin and sheets when sleeping in the same posture.
Originally, even if there are cells damaged by bedsores, it will heal because other cells divide as much as possible. However, when you are bedridden, the cycle of occurrence and healing repeats, and cell division is suppressed as much as possible because the telomeres of the cells around the bedsores become extremely short. This leads to the inability to heal the bedsores. Moreover, if the bedsore does not heal and is constantly wounded, it is likely to become infected and potentially life threatening. 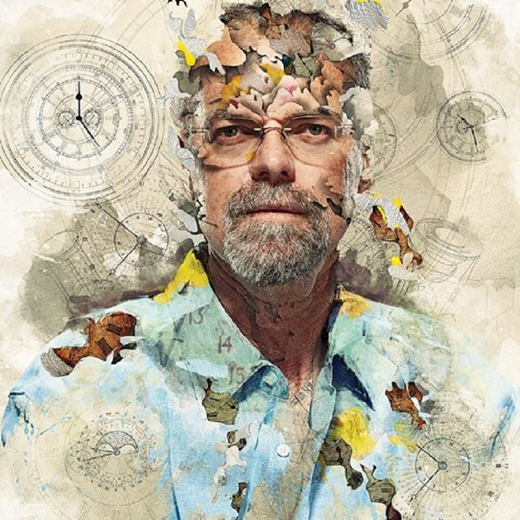 In other words, living creatures with telomerase expressing cells will not show the signs of aging because the telomerase reverts the needle of the clock and turns back time.

Initially, these three types of cells were thought to be unique with a special mechanism in human cells, but there was a researcher who believe that it should have the same mechanism in the 270 types of cells that have been produced by differentiation from one cell. That is Dr. Bill Andrews, also known as the “The Man Who Would Stop Time”.

By controlling the repressor binding to the regulator with TAM, the telomerase expression gene can be turned on and the expression of telomerase can be induced.

Stem cells reduces self-renewal capacity as they age, causing abnormal differentiation and increased cell death. And the depletion and deterioration of stem cells leads to a decrease in organ function. Also, accumulation of gene mutations in stem cells increases the risk of developing diseases such as cancer.

Based on the research of telomeres and exosomes described above, ExoEarth established a "Cell Activation Method" for activating physiological functions that declines with age.